Spekk is active than ever this year and following the releases by Optiope, Celer and Federico Durand, comes an extraordinary impro album by Piiptsjilling. Piiptsjilling is a quartet consisting of Jan Kleefstra (poetry, vocals), Romke Kleefstra (guitars), Mariska Baars (guitar and vocals) and Rutger Zuydervelt (Machinefabriek, electronics). The band name (pronounced 'peep-chilling') is Frisian, also the language of Jan Kleefstra's poetry. Either live of in a studio setting, their music is always improvised on the spot. Working highly intuitively, the quartet patiently moves through stretches of melancholic dreamscapes, varying between abstract minimalism and dense drones. Piiptsjilling's first (self titled) album was released by the Dutch label Onomatopee in 2008, followed by the albums 'Wurdskrieme' (Experimedia, 2011) and 'Moarntiids' (Midira, 2014) and his latest album entitled 'Molkedrippen' was recorded at Studio Landscape in Gau, Friesland. As always, the music was 100% improvised, with no negotiation beforehand. The result is a magical amalgamation of four performers with a mutual concentration and dedication - a documentation of the musical (or spiritual?) connection of the players. Rather then being based on a strict conceptual framework, the album is the result of channelling the inspiration found in that very moment and recording them onto tape. Thus, this is ‘who and what they are’ at the moment of recording. The rural place where it was recorded (a farm between endless meadows in the Frisian lake district) also has a big influence on the album. This quiet environment and the relaxed atmosphere of the recording made its mark - things flow in their own tempo, unhurried, carrying the poetry through a variety of abstract aural landscapes, even though a bit of noise is always just around the corner.

Of the four albums by Dutch quartet Piiptsjilling, I think I didn't hear the third one, 'Moarntidds' on Midira, but the self-titled debut (Vital Weekly 627) and 'Wurdskrieme' (Vital Weekly 756), which I both enjoyed. I also had the pleasure to see them in concert. The quartet is Romke Kleefstra (guitar), his brother Jan writes and recites the poetry, Mariska Baars (guitar and vocals; you might know her from her work as Soccer Committee) and Machinefabriek's Rutger Zuydervelt on electronics. On a farm in the native country of Friesland, up north in The Netherlands (where people have their own language, hard to understand if you are not a native speaker) they get together and improvise on end. No rules, no game plan, just play and see what's happening. Jan Kleefstra somewhere along the improvisational lines adds his poetry, very soft spoken, but the Frisian lyrics are on the cover along with their English translation. It's very quiet music, even quieter it seems than on their previous releases but it also doesn't seem to be a million miles away, into something entirely different. This is music of wide-open spaces - like the Frisian landscape is - of farm land, the sea at the horizon, and the somewhat desolate voice of Kleefstra - who speaks rather than sings - intoning what seems to be a rather sombre poetry. Only the short (ish) 'Mule Fol Snie' may have the idea of a very introvert pop song. It's all a bit different from the work of Machienfabriek, but surely true fans will embrace Piiptsjilling also (they probably already did a long time ago). Great release. 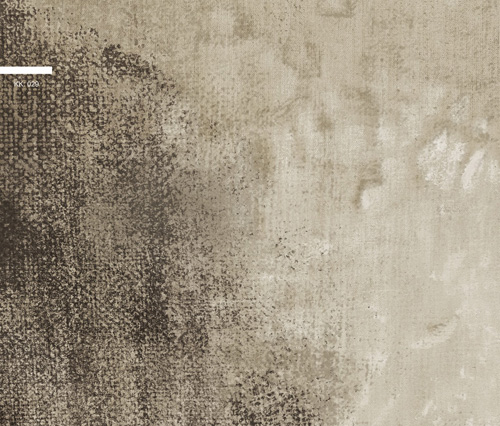