'Oahu' is a collaborative release between Dutch sound artists Freiband (the latest project of Frans de Waard, founder of the Korm Plastics label and member of Kapotte Muziek, Beequeen and Goem to name but three) and Machinefabriek (the prolific Rutger Zuydervelt).

The genesis of the project was a 90 second recording of improvised acoustic lapsteel (the Oahu of the title) played by Martin Luiten. From this initial recording, segments of music, each lasting 30 seconds in length, were created then passed back and forth between de Waard and Zuydervelt over a period of four months for further processing, editing and refinement. Finally, with a collection of 20 of these segments, each artist composed their own 20 minute mix using these pieces.

Though the nature of processing and reprocessing applied to the initial recording of the lapsteel makes it at times almost unrecognisable, the harmonic and melodic essence of the instrument is retained and utilised throughout. And whilst unified by the source material at their disposal, these two tracks have a distinct feel and identity that manage to perfectly encapsulate the work of both artists.

This seems like a fairly logical collaboration: the rapaciously productive Rutger Zuydervelt goes head to head with that long-standing icon of the Dutch avant-garde, Frans De Waard, a veteran of Kapotte Muziek, Goem and Beequeen among other notable experimental outfits. In fact, it was in De Waard's Vital Weekly review mailout that I first encountered Machinefabriek. It was surely only a matter of time before these two figureheads of the Low Countries' electronic music scene found time to collaborate. The starting point for this record came from a ninety-second recording of solo lapsteel improvisation by Martin Luiten. This performance in its untreated form kicks off the disc, constituted from a few simple glissando chord sequences, with a faint whiff of detuned, microtonal slipperiness undermining the essentially quite rigid, simple formula. The remainder of the album is made up by two pieces, each around the twenty-minute mark and featuring the joint efforts of the Freiband and Machinefabriek, who comprehensively morph and deconstruct their source material. The first of these re-compositions comes under the ultimate supervision of De Waard, while Zuydervelt oversees the final mix on the latter, which betrays some of the Machinefabriek sonic signatures, like that low, gaseous rumble present in so much of his work and the crisp high frequency definition that penetrates any potential murk. In its closing stages you'll hear the original lapsteel recording emerging from the hushed electronic tones, processed in such a fashion as to appear and disappear in a kind of ambiguous, disordered fashion. De Waard doesn't really deviate too far from this narrative but sustains a greater bandwidth over his twenty-minutes. The panning modulations in the opening stages sound like some interstellar broadcast picked up at Jodrell Bank, before it all gives way to eruptions of noise and twitchy outbursts of rubble-like low frequency motion. Around the halfway mark the piece stabilises with a kind of floating melodic haze before firming up for a terser, more crunching glitchscape taking the track into its lapsteel crescendo. De Waard isn't nearly as delicate with the source material as Machinefabriek, instead pitchshifting and obliterating the sounds into a brilliant granular mess, with extreme filtering making the guitar sound like its undergone a wildly out of control wah-wah makeover. Highly Recommended. 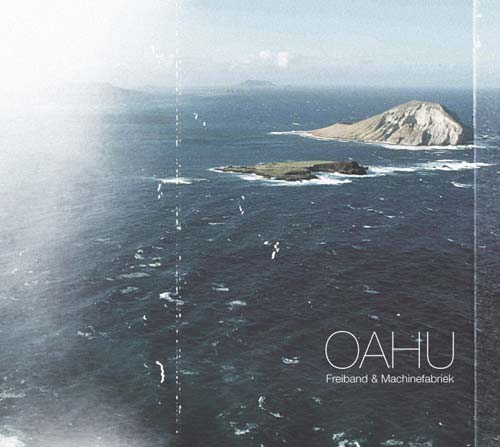