Score for a kinetic sculpture installation by Siba Sahabi

Inspired by the oldest song in the world, I designed an audiovisual installation entitled Nuffar.

Translation—between cultures, between East and West, between concept and design—is central to my work. Fascinated by the complex relationship that emerges at the point of translation between music and its graphical notation, Siba Sahabi designed three kinetic artworks that visualise a soundscape composed specifically for the work. The installation, in both its design and movement, translates digital information (music) into analogue images (patterns).

The soundscape, composed by sound artist and musician Rutger Zuyderfelt (Machinefabriek), is inspired by the oldest fully documented and conserved song in the world, a Sumerian hymn from the 14th century BCE. Its contemporary interpretation by Rutger consists of distinct and interwoven acoustic layers that are visually expressed by my three ‘pattern-machines’.

Each of the three kinetic artworks is based on a specific music notation system that has been developed throughout history in different regions of the world. The title Nuffar refers to the site in Iraq where the oldest fragment of music notation, dated to around 2000 BCE, was found. The notes were engraved in a cuneiform tablet using triangular and line-shaped signs. Siba translated this notation system into the first work in the series, a ‘pattern-machine’ with 144 rotating triangular elements that express the drum beats within the soundscape.

The second work is inspired by what is now considered to be the standard music stave. This system, characterised by its lines and round notes, was developed in the 11th century by Guido d’Arezzo, an Italian monk, and is based on the human voice. I translated this system into a ‘pattern-machine’ with 11 parallel elastic ribbons that cover 33 movable bars. The bars move forward, in relation to a specific layer within the music composition, and strain the ribbons, as if the machine was breathing.

The Klavarskribo notation system, introduced by the Dutch inventor Cornelis Pot in 1931, informs the third work in this series. In this system, duration and rhythm are shown graphically and notes are written and read vertically. Klavarskribo notation, in its ability to be transcribed into MIDI files, formed the basis for the creation of an interactive digital piano keyboard trainer called Synthesia, with strokes that express the length and pitch of a tone. Siba translated this notation system into a circular ‘pattern-machine’ that lays on the ground and contains a layer of sand. A hand, similar to a clock, rotates continuously—its integrated keys etch grooves into the sand according to the main melody of the composition.

The installation invites visitors to discover the different layers of the music composition in an audiovisual way. The three ‘pattern-machines’ were engineered by Goof van Beek and the code was developed by Adriaan de Man. Together, the duo developed, coordinated, and realised the physical aspects of the project. The first two machines measure 1,1 x 1,1m and the third circular machine measures 1,4m in diameter. The kinetic artworks are primarily made out of aluminium, iron, and wood, and the exteriors are finished with a black coating.

This project is generously supported by the Creative Industries Fund NL 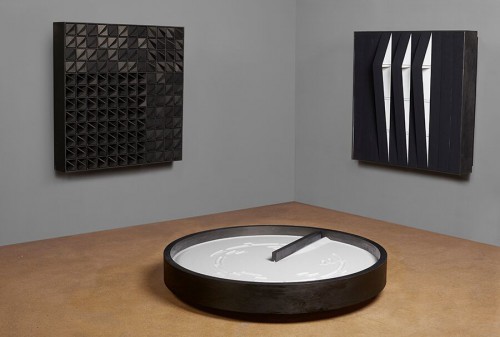 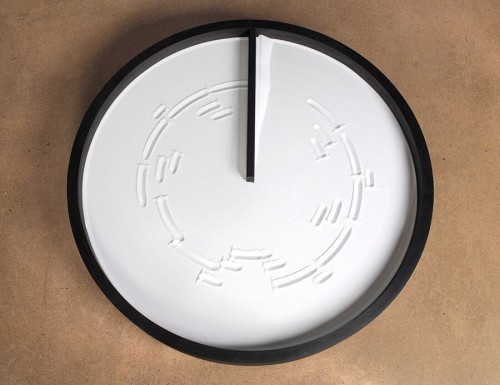 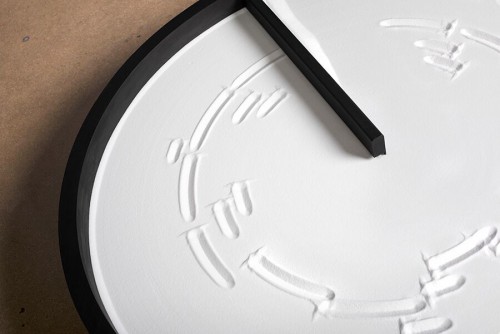 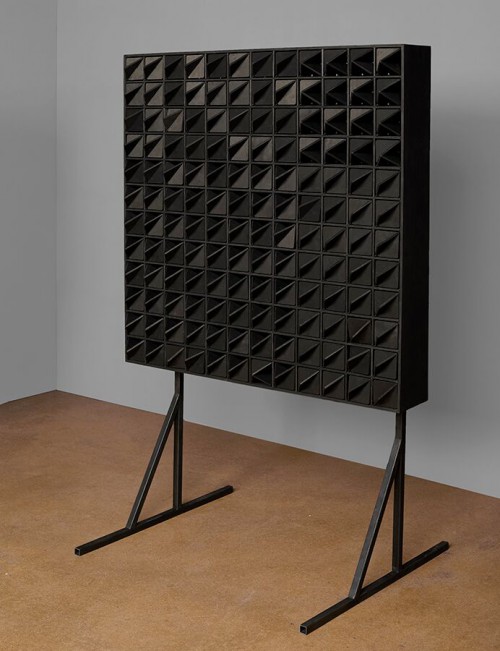 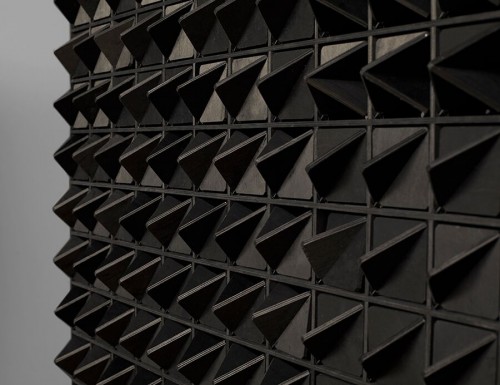 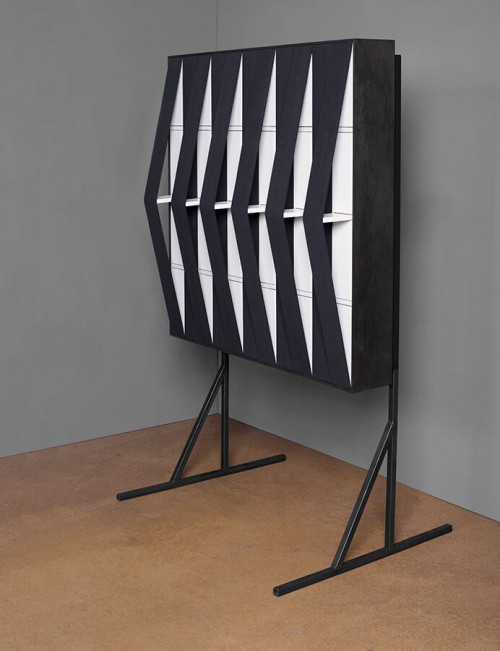