NORMAN RECORDS
Also in from sunny Oz is a cracking comp called 'Tomorrow & Tomorrow & Tomorrow Vol 1 on the Sound & Fury label. packaged in a sexy type style printed brown cardboard thingy I'm taken with it from the off. Flip it over to find exclusive tracks by Gareth Hardwick, Part Timer, Machinefabriek, Pretty Boy Crossover, Jasper TX, Anonymeye, Seaworthy, Panoptique Electrical, Spartak, Aaron Martin and lots more.
The track listing speaks for itself with a bunch of folks like that. Here you've got some drone, micro electronics, electronica, ambience, experimental avant garde noodlings all lumped together. It all fits together really well.
The Pretty Boy Crossover tune is nice melodic electronica which could have come out on Skam years ago.....
The Part Timer track is a weird electro acoustic tune which could almost be The Books....Machinefabriek's tune demands to be listened to headphones cos there's spunkloads going on in it.
The gorgeous tune by Gareth Hardwick is one of the finest drone things I've heard in a while... think Yellow 6 and Stars of The Lid......well tasty. I could go on but I won't cos that's too much like hard work.

CYCLIC DEFROST
So the bard strikes again, some people are just quite into loving the prospect of the last recorded syllable of time. This is sound&fury's first CD compilation after a run of 7" and CD-R releases and contains prolific Australian and international experimental artists.
Nottingham's Gareth Hardwick opens with a suitably grandiose melancholy ambient drone guitar and ephemera piece Last Heights. Part Timer's Mekon, (another play on Dan Dare's arch enemy â€“ that is besides John Gosling's persona), farms out clicks and cuts,
guitar interplay and a bit of rollicking chopped up beat and the inkling of voice. Pretty Boy Crossover's Distant thought piano is the standout track on the album, great depth of sound and technique, solid textured beats, tonal play and melody elevating the shoe gaze aesthetic. One half of Pretty Boy Crossover, Jason Sweeney, in his new venture Panoptique Electrical, contributes All That Fall, a massive wall of drone noise.
Western Australia's The Ghost of 29 Megacycles & Lil' Leonie Lionheart add a an idyllic layered guitar drone with whimsical vocal tonal plays Aaron Martin's The Criminalization of Politics is both sonically alive and amusing as objects and obscure instruments are shredded into light with the aplomb of a surrealist clown. Jasper Tx is quite a surprise, an ambient monolith, A Ghost To Keep Us Safe, A Ghost To Keep Us Warm, if his work follows the trajectory of this piece he will be touching the very sound found in heights of ambient masterpieces akin to Biospheres Substrata.
I have missed out on a number of equally vibrant pieces to describe, but clearly this compilation pieces together drone, ambient, micro electronics and avant-gardist genres of the day. It is a satisfying compilation for ambient extremists and
as an indication of the sheer dedication to auditory beauty it is a marvel. 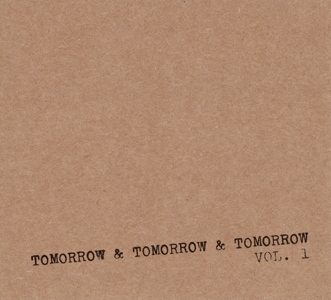