Re-release of a collection of (edited) live tracks, previously released as cd-r by Sentient Recognition Archive. This version has a bonustrack, different track order and titles, and new artwork, on a nice matte digipack. And it sounds way better now, with new mastering by Jeff Mortimer.

Some time ago I had the pleasure of reviewing an album by Dutch sound artist Rutger Zuydervelt alias Machinefabriek. It was the album titled 'Daas' that combined elements of ambient, modern classical, drone, noise and field recordings. Next album from Machinefabriek also released on Cold Spring is titled 'Vloed' (Dutch word for 'River') is a collection of slightly edited live performances from the period 2006-2008 recorded in the Dutch cities Den Haag and Amsterdam. The album consists of three live pieces and one bonus track titled 'Vrijhaven' that was until now only available as a download-version. The album opens with the piece 'Allengskens' recorded live in June 2006; a nice and atmospheric ambient track running 18 minutes. The track is repetitive, consisting of drones primarily based on guitars and pedals. Another important part of the piece is the electronic spheres creating some dreamy overall textures. Next piece titled 'Drijfzand' running 13 minutes opens slowly with minimal high frequency sound drones that slowly builds up to halfway through the track where processed choir-samples penetrates and moves along in loop-based manners before it slowly fades out with high-pitched noises ending the track. 'Vrijhaven' is a more cynic and cold track build on guitar-drones that whines and waves adding a great hypnotic experience throughout the 21 minutes runtime. Final piece is the titled track 'Vloed' recorded live back in October 2007 at Bimhuis in Amsterdam. Another beautiful ambient-based piece built on guitar timbres waving and lulling the listener into deep trance for 22 minutes until it slowly fades away. Astonishing album from one of Holland's most interesting contemporary ambient artists. 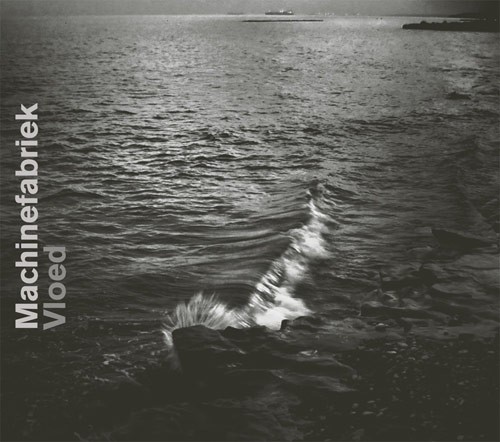