Piiptsjilling consists of Jan & Romke Kleefstra (Alvaret Ensemble, Kleefstra|Bakker|Kleefstra, etc.), Mariska Baars (soccer Commitee) and Rutger Zuydervelt (Machinefabriek). They combine poetry with vocals, guitars and electronics. Whether in the studio or live, they always improvise. Without much discussion, they just start, and the music magically pours out, sometimes ethereally beautiful and at other times abstract and noisy. Jan Kleefstra’s poems are in Frisian, a language most listeners won’t literally understand, but can just as well be experienced on a musical level, adding a sense of mysterious melancholy to the music.

Fiif doesn’t so much mark a new chapter for the band, but rather an organic progression of their sound. There’s a rougher edge to it then on previous albums like ‘Wurdskrieme’ (Experimedia, 2010) or ‘Moarntiids’ (Midira, 2014), and Mariska’s vocals have gained an even more important role.

The album was mastered by Lawrence English and is released on cd and as download. The CD comes in a vinyl transparent sleeve containing a folded poster with an image of a painting by Mariska Baars and the lyrics in Frisian and English.

Once upon a time, a musical project called Soccer Committee produced a couple of albums of wonderful songs characterised by major harmonies, meandering guitar, and plaintive yet slightly elusive singing. These days the Committee appears to have disbanded, but the artist behind the project, Mariska Baars, continues to work together with Rutger Zuydervelt and the brothers Jan and Romke Kleefstra in the band Piiptsjilling. There are moments on the new Piiptsjilling album “Fiif” that recall Baars’ earlier project, perhaps most noticeably on the blissful, unhurried bundle of hope that is second track ‘Winterrude’ (‘Winter’s end’, if I’ve translated that right). But while major-key mellowness is heard throughout the album, it has to contend with other currents that pull the music in different directions.

Take ‘Smjunt’, for example: Baars’ multitracked singing is sunny and gentle, and the accompanying little buzzes and hoots are unobtrusive — but then Romke Kleefstra enters with dense growls from what sounds like bowed guitar, leaving Jan Kleefsta’s murmured poetry to pick an uncertain path somewhere between light and dark. Jan intones at a steady pitch, and then (incredibly, for those familiar with the way he typically delivers his poetry to music) begins to gently sing, bringing the music out of the dark cavern and back into the light. ‘Lykmoedigens’ sustains a dark, minor-key tone for about six minutes or so, driven by Zuydervelt’s muffled thumps, dripping and tapping, before seamlessly transitioning to a major key with big, shimmering guitar chords.

But it’s the opening track ‘Each yn each mei de see’ that is the album’s most unusual: a coastal soundscape with gentle guitar strumming, dreamy and drifting. It made me realise, as the album progressed, just how much of Piiptsjilling’s music can be described as wave-like, crescendoing and diminishing or oscillating between different states, sometimes with waves within waves working across volume, rhythm, and harmony, and across instruments, electroacoustic sounds, and voices. “Fiif” sees the band branch out from their typically dark, atmospheric fare to explore different tonal colours, and there are moments of pushing at the boundaries of the drones that have perhaps become a comfortable prison cell for them across a number of releases. It feels like a clear step forward, and it’s great music too.

At this point, any recording sporting the work and/or contributions of composer/electronic musician Rutger Zuydervelt (aka Machinefabriek) is a near-automatic portent of sonic craftsmanship and ingenuity. Across a huge and ever-growing catalog, Zuydervelt is a man of many talents, approaches, and aesthetics: he rarely makes the same record twice, and is equally comfortable trading in broad-stroke ambient as he is in metastasizing noise. But much of his work plies an ongoing fascination with all aspects of minimalism, née the drone, navigating through a veritable elemental table of textures and sound design to realize subtly shifting, itinerant soundscapes where much is revealed though very little seems to be actually occurring.

Piiptsjilling members Jan Kleefstra, Mariska Baars, Romke Kleefstra, and Zuydervelt have taken what can ostensibly be called 'classical drone' and stood it on its ear. The instrumentation might be concise in meaning — voices, guitars, electronics, and various effects — but their original constitutions have been wrought unrecognizable, contextually unmoored. Made subservient to the whole, the seven individual pieces are part and parcel of a grand, glorious puzzle, the pastels of Dutch films blurred across perspectives at once gauzy, opaque, and indistinct. Personally, this writer isn't the biggest enthusiast of 'spoken word' recordings, but Fiif is one of the few such works where words spoken become merely another, and keenly-integrated, hue in the mix. Zuydervelt's guiding hand is unquestionably writ large over the entirety of the proceedings: his influence as both instrumentalist & de facto producer gives the album a bright if diffuse sheen equivalent to a smoky diamond. (Lawrence English's pitch-perfect mastering is nigh on critical to the recording's immersive heft as well.)

What arises is a panoply of eerily vibrating tones buffeted by odd whispers, pronunciations, and descriptors peppered throughout. Strings are plucked, knotted, tongue-tied; twists of dial and shaping of filters reveal melancholic layers of gnarled poise, occasionally rebuked by the odd spike of 'errant' noise. Zuydervelt works his audiomulch magic to the fullest, reveling in a soupçon of mysterious, vivid flavors trembling with reverberating gestures and expansive outreach. His deft and nimble touches are nicely illustrated at the conclusion of "Winterrude", where the voices are atomized, pixilated, and scattershot across the aural terrain like so much tonal chattel, popping and transmogrifying as they form a glitched-out coda. Wondrous. 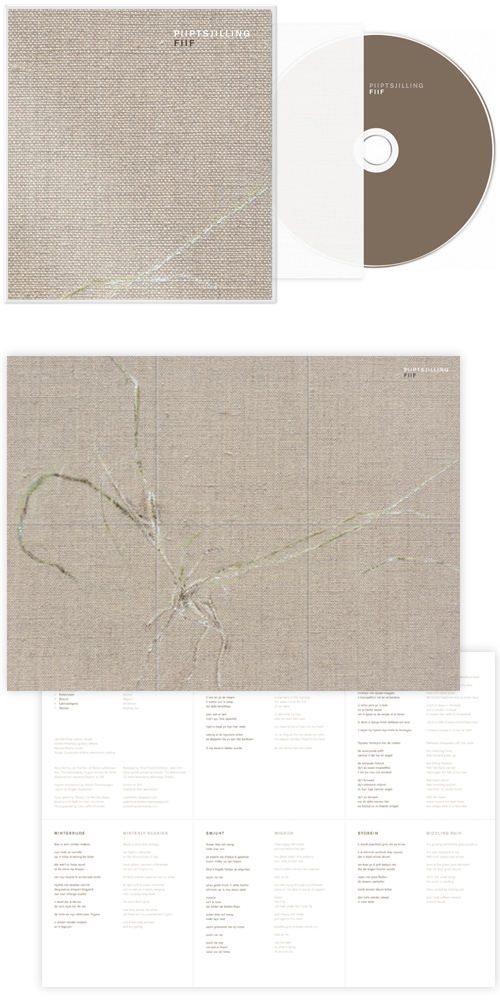