I had been thinking of making a long form static drone piece for quite some  time, but I just wasn't patient enough to actually do it. It takes some effort to let a sound be, and not being tempted to manipulate it. Though I won't call my music very wild, the 20 minutes of 'Elastiek' are by far the most continuous I've done. And I think it's best to listen to  not as a musical piece, but more as an ongoing 'state'. Oviously, there's not much action in the composition, but it's all in the details. The focuss gradually shifts from one frequency to another, causing  slow, barely perceptable movements. When I stretched out the piano tone used in this work, I noticed that I was listening to it like I would listen to a refrigerator, or some air vent... not looking for progress in the audio, but diving into the sound, and focussing on different beating frequencies, timbres and tones that are to be found when listening closely. Like dissecting it under a microscope.

Click here for more info, to listen and to buy 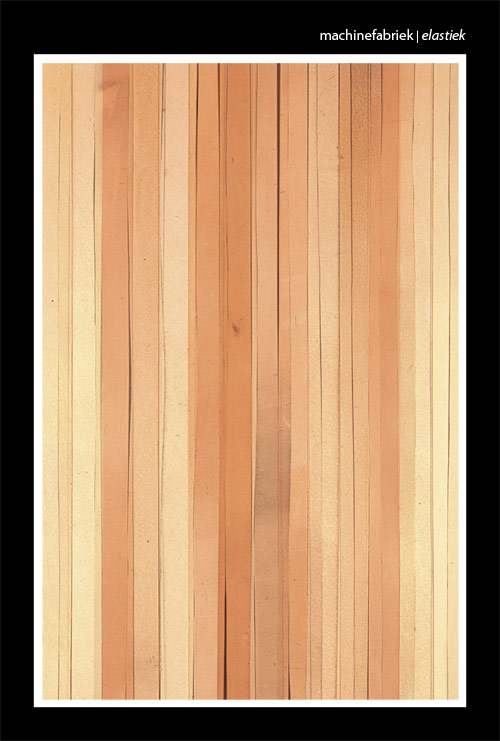